A conversation about race, between siblings Christopher and Jeanette Snider. Through their personal perspectives on race and identity, her academic pursuits in multiracial issues among higher education students, and the growing public conversation about the meaning and impact of race in our society, there will be much to talk about. 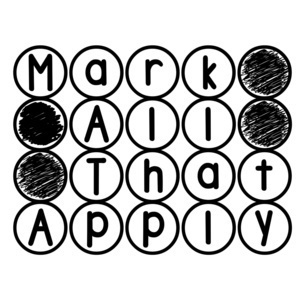 Christopher decided to go back to Wakanda and rewatch Black Panther. Turns out that movie is still dope. More importantly, Jeanette just got back from a vacation in Peru and there's lots to talk about.

If you have any feedback, questions, comments, insights, opinions, or other cleverly worded sentences you’d like us to read, send them to markallthatapply@gmail.com.